Tis the season… for knocking off of work, loading skis and boards into the vehicle and heading out to the wonderful white winter for some snowy turns. One of the fruits of living among the mountains is access to some incredible terrain.

Last winter was subpar, with record low snowfall. The Canada West Ski Areas Association reported an overall decline of 14 percent in skier visits over the 2013-2014 season. For most B.C. resorts, it was the worst season in a decade.

This year is going to be better!

There are still concerns as to the conditions that will result from changing ocean temperature patterns and El Nino, but the general consensus seems to be for better skiing than last year.

Whatever your flavor: hitting the backcountry bowls, chucking big in the park, or strapping on the nordics and cruising some groomed trails, there are a wealth of B.C. ski destinations to suit your interests.

Here is a list of our picks this year to help you decide:

The first ski hill to open in B.C. this year! November 13, lifts were running and the eager early birds got their worms. Big White, being in the Okanagan, receives light, dry snow, making for delightful powder skiing. In addition to the downhill runs, there are other activities including: snowshoeing, tubing, skating, snowmobiling, dog sledding, horse-drawn sleigh rides and Nordic skiing.

If you eschew riding the lift, crowds and resorts in general, then this might be the ski touring spot for you. In Glacier National Park, Rogers Pass steep has complex terrain. A number of guiding companies operate in the area including: Yamnuska Mountain Adventures and Summit Mountain Guides. The destination has been one of exploration and recreation since 1884, when the CPR completed the railway through the mountains.

Boasting over 8000 acres of terrain, Whilstler Blackcomb is an internationally renowned ski destination and it’s opening this weekend. The mega destination gets an average of 1170 centimeters of snowfall each year and skiers can cruise over a kilometer and a half of vertical descent. The resort is close enough to Vancouver for you to get out for the weekend, or even the day if you’re willing to rise early.

The biggest drop at any ski resort in North America—skiers can descend 1712 meters from the summit of Mount Mackenzie. Revelstoke offers a remarkable ski experience on varied landscape. This season, the resort has opened its first terrain park for those who are interested in introducing a dynamic aspect to their skiing. There are 3,121 acres of skiable terrain at “Revy” as it is affectionately referred to by locals.

Considered by many as the last great, unspoiled ski resort, Red Mountain is located in Rossland, B.C., along the renowned “Powder Highway.” This place receives a remarkable 7.6 meters of snow each year. Last year, they won the BC Alpine Mountain Resort of the Year Award and in 2013; The NY Times selected Red Mountain as top-ten best places in the world to visit.

The quaint resort village at Silver Star is reminiscent of a 19th century British mining town, with coloured shops and boarded sidewalks. Outside of Vernon, the resort receives 700 cm of snow annually. This year, they’ve added 130 acres of new terrain—mostly in the trees, so if cruising through the glades is your type of good time, this might be the spot for you to find some fresh tracks.

A good choice if you want to avoid the masses that accumulate at some of the busier destinations. Sun Peaks Resort is spread across three mountains, with 4,270 acres of terrain. The varied skiing at Sun Peaks Resort accommodates all levels and abilities, from groomed cruisers to terrain parks, glades, and alpine bowls. Aptly named, Sun Peaks averages over 2000 hours of sunlight a year.

Known for providing a ski experience for all levels of skier and boarder, Fernie Alpine Resort has ten lifts which service 142 runs. As well, there are all sorts of glades, bowls and chutes for the more adventurous. If you get tired of skiing, you can go for a winter bike ride instead. New this year, Fernie is offering fat-tire biking with bike rentals and they have created a bunch of different trails to ride on.

So very close to Vancouver, Cypress Mountain includes 600 acres of skiable terrain with a 610 meter vertical drop. There are 53 named downhill runs and over 19 km of nordic trails. So depending on your your desire, you can trade the hustle and bustle of the city for some time in the hills. It’s an easy place to get out to for the day from the city and its runs open November 20.

The self proclaimed “Champagne Powder Capital of Canada,” Kicking Horse is renowned for its challenging and technical terrain. This year though, they’ve worked through the summer to augment some of gnar gnar, making some areas a little more user-friendly. There are still ample alpine bowls and steep chutes to explore if that is your speed. 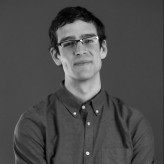