No medicine should be out of reach because of its price. This is the message that Access Our Medicine, a local charity initiative of Tides Canada is sending to the United Nations on May 6th. To be heard, they’ve organized a Thunderclap and enlisted over 800 supporters including Sir Richard Branson, Sarah McLachlan, The Tragically Hip and Olympian Hayley Wickenheiser. A more recent supporter is Mayor Gregor Robertson, who has proclaimed May 6th Access Our Medicine Day in Vancouver.

The Thunderclap campaign is part of Access Our Medicine’s effort to add affordable access to medicine to the United Nation’s 2015 Sustainable Development Goals. These goals will determine a new way forward for each country for the next 15 years. With access to affordable medicine on the agenda, we can expect measurable results from the UN.

The idea of access to medicine is often thought of as a developing world problem, but the issue affects citizens in every country, including Canada, Australia, and Great Britain. In the US, the leading cause of bankruptcy in the US is medical costs. It’s also the third leading cause of bankruptcy in Canada. In fact, 1 in 10 Canadians don’t fill prescriptions from their doctors because of the cost.

The issue with affordable medicine is that it’s not a problem until it’s a problem. Healthy individuals rarely think about the cost of medicine. However, if you or someone you love is diagnosed with cancer, suddenly you’re looking at $100,000 a year in treatment costs. Life changing medicines have been developed for cancer, diabetes, asthma, and hepatitis. But the cost of these treatments drive 100 million people below the poverty line every year. Now that the medicines exist, the next challenge is to make them less expensive.

With that in mind, Access Our Medicine has organized a Thunderclap for May 6th. So far, Sarah McLachlan, Hayley Wickenheiser and organizations like LiveStrong have all signed on to lend their support, along with over 800 supporters worldwide.

You can donate your social media reach by signing up at thunderclap.it/accessourmeds. 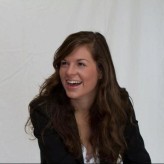