Grandma’s 80th Surprise is a film that details the life of a young Chinese man named Curtis, who recently has fallen in love with a mixed-race woman named Ella. However, things begin to become complicated when Curtis must deal with his family’s rigid traditions, which includes having to break the news to his family, especially the matriarch, who is his grandmother Lily, that the woman he loves is not Chinese. The film will be making it’s second theatrical release in Vancouver, as it first released on November 10th, 2019 as part of the Vancouver Asian Film Festival.

The film is directed by Fola-Evans Akingbola, who makes her directorial debut with this short feature film. Akingbola has previously had a steady acting career playing minor characters in shows like “Black Mirror”, “Siren”, and even the widely acclaimed “Game Of Thrones”. She has also been a voice talent for the game “Assassin’s Creed: Origins”. Curtis Lum plays the main character Curtis, perhaps named after himself, as according to a VAFF interview with him and Fola-Evans, the film is largely inspired by their own family’s cultural history and experiences, and as a result, the film was also co-written by them. Curtis also has had a steady acting career, playing minor characters in shows such as “Prison Break”, “Titans”, “Arrow”, “Supergirl”, and even “Supernatural”. It also stars Lillian Lim, who portrays the family matriarch, Lily and Myrasol Martinez, who plays Curtis’ lover, Ella. Like with Lum and Akingbola, Lillian and Myrasol also have had a steady career acting playing minor characters in TV shows like “Altered Carbon”, “Fargo”, “Legion”, “Lucifer”, and “The Magicians”.

Grandma’s 80th Surprise is said to be touching upon themes of intergenerational miscommunication, relationships, family, race, and even possible racism. The film is based off of the personal experiences of Curtis Lum and Fola-Evans Akingbola, whose intention was to create a film that touched upon personal familial experiences that are ongoing on today’s society, which they show through the conflict of Curtis’s relationship with Ella, and how his family members react to that situation.

Check out this film when it releases at the Vancouver Short Film Festival next week on Sunday January 26th at 6:00pm playing at the Vancity Theatre downtown.

Tickets can be bought at Eventbrite.ca. 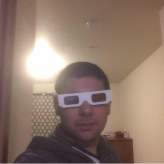