The album itself is cohesive, as it pieces together the recurrent theme of remaining true to one’s roots, underscored by Melo’s sleazy deliveries and sinister flows which only work in his favor. Melo’s first track, “Welcome To My World,” fittingly depicts this album: listeners become ‘trapped’ (no pun intended) in the gritty back-alley world of Melo’s creation.

Highlights from the album include the track “Born Like This,” where Melo raps about the struggles of insomnia, embracing the old-school, and showing off his Chengdu pride. The accompanying mono-colored music video was filmed at an abandoned construction warehouse, referencing Melo’s previous work in the construction industry before his rap career. From the video emanates an underground rawness that limns Melo’s fresh, down-to-earth rap.

Another of his songs, “Daili,” which means “agent” in English, follows the tale of the Higher Brothers’ nationwide and worldwide expansion. In this second music video directed by Feng Liang, the Higher Brothers crew iron money, drive luxury cars and make cash drops — zooming in on the music group’s currently thriving business empire.

Remaining true to his roots, Melo pushes on with graffiti-like songs such as “Xiangbalao” and “That Kid,” which tell of his bridging journey from then to now — from a youngster bumpkin leaving his house with a “mind full of money” to crossing into international borders of success, paying off his debts on his own, buying all the buildings that rejected him, and becoming more adamant and diamond-like. His songs convey strong emotional storylines that stick in catchy hooks.

In “Offside,” Melo performs colorful pirouettes of flow and variety, providing a lighter contrast to his other songs. In the end, the album cover sums up his message — his album is a constitution of himself, the shadowy black and white stitchings of all that makes Melo the “Old Master,” and rightfully so. What flows throughout his work is the image of a dynamic momentum that threads without end, peaking on a bold affirmation that “I Did.” 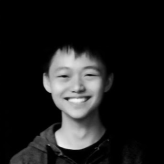