Anyone who has been to the Vancouver Folk Music Festival and the Squamish Valley Music Festival knows that they have completely different vibes, so assuming that Rifflandia would be like either would be a mistake. Rifflandia is a festival that separates itself from others by having not only a “festival” venue for afternoon performances, but several venues throughout downtown Victoria that music lovers can pick and choose from, bouncing from one venue to another as the night progresses.

Amongst other venues, Rifflandia got off to a fresh and sweet start at The Mint on Thursday night. The Mint was heaving with enthusiastic music fans ready to get their folky pop rock groove on. The atmosphere was buzzing and charged with anticipation. There were couples holding hands, large groups of acquaintances and small circles of friends but what everyone had in common was a collective eagerness to chill and listen to some good tunes.

Self-proclaimed folk-rockers, Maverick Cinema, have a sound clearly influenced by the likes of Bon Iver and The Head and the Heart but with their own unique twist. Their up-tempo drum beats had the audience dancing while their lyrics spoke to their love of Vancouver Island’s west coast, which seems to be the underlying muse for their body of work. Maverick Cinema does Vancouver Island proud and if you haven’t already done so, you should check out their debut EP titled Sanctuary.

Next up, the crowd heard from Familiar Wild who was not so familiar with the addition of two members of Isobel Trigger accompanying them on stage. Led by Melissa Bandura, a prolific musician and songwriter, Familiar Wild and their guest musicians entranced the audience with their soft vocals and melodic rhythm. Listening to Familiar Wild is not unlike listening to music that might be the backdrop to very pleasant dreams and the listeners were certainly under a dreamlike spell while the band played. As captivating as they are on their own, the performance was that much better with the added vocals of Felicia Harding from Isobel Trigger.

Side note: Isobel Trigger is undergoing a name change and will now be known as Fortune Killer but the same great music, lyrics and showmanship can be expected from them.

The final performance of the night came from Terence Jack who is difficult to categorize into a single musical genre. A well-rounded artist, Terence is pop, folk, rock and indie. Definitely indie. His songs reflect the journeys he has been on throughout his life, which might account for his different sounds. Like life, there is so much more than one path to travel musically and this is represented in Terence’s body of work. He took the audience on a musical journey that they probably haven’t quite come back from yet.

With the evening over, the audience pushed its way out of The Mint completely electrified and while some went home, others sifted their way through town alighting on different venues to check out yet more music. 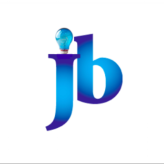