Passion Pit with courtship. at the Commodore Ballroom, 1/26/18

L.A.-based duo courtship. warmed up the crowd with a series of catchy indie-pop tunes like “Sunroof” and “Tell Me Tell Me.” Despite the vocals being too quiet, the crowd was clapping along with high-energy band members Eli Hirsch and Micah Gordon.

“One of my favourite bands growing up when I was 14, 15 was Passion Pit,” guitarist Hirsch shared.

By the time Passion Pit mastermind Michael Angelakos took the stage, the room was buzzing with anticipation. Angelakos kicked off the set with “I’ll Be Alright” and thrived off the crowd’s energy, throwing it right back at them from the get-go.

He paused only to wipe the sweat from his face under the magenta stage lights, and carried on delivering fan favourites like “Sleepyhead,” “The Reeling” “Carried Away” and “Lifted Up (1985).”

Angelakos delighted the audience when he shared his mic with front row fans by dangling the stand above their bobbing heads. Coupled with some call-and-response and his biggest hits from Gossamer, Manners, Chunk of Change and Kindred and Tremendous Sea of Love, Angelakos knew how to please the audience.

After releasing Tremendous Sea of Love in July 2017, Angelakos announced he would be taking a break from music to focus on his mental health, which he has openly spoken about for years. Earlier in 2017, Angelakos founded The Wishart Group, a company that supports artists with a focus on mental health.

It came as a bit of a surprise when Angelakos announced the 18-day tour in November. In an interview with The Independent, Angelakos said, “I’ve decided to do this tour to because there is an opportunity to get together with some of my favourite people I’ve ever played music with, surely. But mostly I decided to do it because I need money to be able to afford my treatments, to be able to afford the myriad costs of living with my disorder that have nearly ruined me.”

After the vibey performance seemed to wrap and crew members appeared onstage, the crowd alternated between boos and cheers until Angelakos returned for an encore.

He ended the show with Oh-oh-oh-OHHH-OHHHH-filled “Constant Conversations” and arguably his biggest hit, “Take a Walk;” the arm-waving crowd was left in awe of the immersive Passion Pit experience. 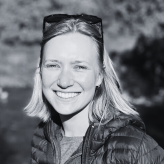