P!nk’s first of two concerts at one of Vancouver’s biggest venues on Friday had fans wishing for an endless night. Right now in Vancouver, it’s impossible not notice the pink cherry blossoms brightening the city – a suitable welcome for the pop-rock queen.

The Pennsylvania-born performer kicked off the world tour in support of her seventh album, Beautiful Trauma, in March 2018.

Singer-songwriter Julia Michaels was an appropriately energetic opener, setting a light and excited tone that continued throughout the night. It only made sense for Michaels to start off with her song “Pink.”

Michaels was undeniably comfortable on stage, wearing a jean jacket and white checkered sneakers. She jumped and spun around, looking happy and youthful. Her four-member band was also full of energy.

Unfortunately for young Michaels, the slightly older crowd was more pumped up by DJ KidCutUp’s mashup of old classics like “Living on a Prayer” and “I Love Rock n’ Roll,” which he played after Michaels’ performance. But the younger members of the audience helped Michaels with her last performance of the smash hit “Issues.”

Most of the audience knew that P!nk wouldn’t be making a normal entrance, and fans searched the room to see where she might fly in from. After the bright pink curtain hanging on stage dropped to the floor and “Get the Party Started” began – the stage resembled a hotel lobby (a nod to a line in the next song, “Beautiful Trauma”) – and P!nk could be seen swinging from a massive, pink chandelier.

P!nk’s energy filled the stadium, and concert-goers stood for most of the show. There were major set changes several times, and P!nk wore an incredible range of outfits, from glittery leotards to scrappy coats to ethereal black dresses.

Throughout the concert P!nk took time to thank her fans, crouch for high fives and sign clothing. She also introduced the crowd to each musician and dancer. In a video that took up the entire backdrop of the stage, P!nk spoke about inequality and injustice happening throughout the world. At another point, she praised androgynous musicians.

About halfway through the show, the lights went out. Fog filled the stage, and jungle sounds filled the room. There was a massive tree, and leaves were falling.

“This is a precious moment. A little parenthesis in eternity,” P!nk said before delivering one of the most spectacular performances of the night to “Try.”

The acrobatic displays that P!nk performed while singing were astonishing. While performing “So What” as her first encore song and attached to cables, she flew around the entire arena, almost close enough to touch her adoring fans.

Before she skipped off stage and her daughter Willow leapt into her arms, the crowd held their breath as P!nk passionately sang out the last line of the performance to “Glitter in the Air”: “Will it ever get better than tonight?” 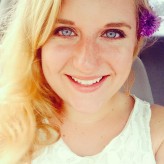