It is seven o’clock in the evening and my husband is busy reading The Very Hungry Caterpillar to our six-month-old daughter. The term reading, however, is applied here in the loosest possible sense. While my little girl sits on her father’s lap listening attentively to the words being read aloud to her, the voice that she hears belongs to narrator Roger McGough and the colourful animated images appear on-screen devoid of any written text.

This situation vexes me for a few reasons. Firstly, my husband has professional broadcast experience, so it’s not like he’s incapable of reading a script and holding the audience’s attention. I feel like he’s delivering well below his potential when it comes to storytime. Secondly, I can’t help but wonder if my daughter’s tiny brain is benefitting from this influx of images and sounds or being hurt by them. My husband assures me that all will be fine, but I feel the need to check the scientific literature to find out more. Some actual reading, in the traditional sense of the word, is in order.

According to the literature, screentime can be defined as the number of minutes or hours a person spends engaged with television, tablets, smartphones, computers and game consoles.  Screentime is also the Pandora’s box of modern parenting; a gift that seems valuable at first but which turns out to be a curse in reality. This gift all but guarantees a child will stay occupied and entertained without the parents’ need to supervise or intervene. Hurrah! Who wouldn’t want that gift? Parents dream of having personal freedom for hours on end thanks to a few million brightly coloured pixels and a Netflix subscription. However, the gift might have significant drawbacks to consider.

Intuitively, I felt that video calls from Grandma and piano practice on the iPad were probably positive influences on my baby, but I needed to know what science had to say on the topic and glean whatever practical insights the existing research might offer.  Of course, one of the first studies I encountered in my search linked screentime per day to major behavioural problems in children. That was it, I thought. Case closed. No more Hungry Caterpillar video at bedtime. Yet, upon closer inspection, this particular study failed to address the important matter of content. In actuality, there were few, if any, published studies that had effectively investigated the matter of the content being viewed by children.

The most common research approach taken thus far has been to investigate potential links between the time spent by children consuming media on screen and their behavioural patterns. A structural shortcoming of this research, however, is that correlation does not necessarily mean causation. In other words, as they like to say on the popular children’s television show Sesame Street, today’s episode is brought to you by the letter R.

For example, researchers, from the Children’s Hospital of Eastern Ontario Research Institute, reported a link between television viewing above 1.5 hours to later behavioural and emotional problems. However, their research focused on children’s adherence to medically recommended movement guidelines, suggesting that time spent with television was not time spent physically moving, thus leading to the problems.

Building upon this finding, Dr. Piush Mandhane, associate professor of pediatrics at the University of Alberta’s Faculty of Medicine and Dentistry, recently led an important study published in April 2019 in the PLOS One journal, which addresses the association between screen time and childhood behaviours.

“We found that screen time had a significant impact at five years of age,” said Mandhane. “Current Canadian guidelines call for no more than two hours of screen time a day at that age. But our research suggests that less screen time is even better.”

A subset of 2,400 parents reported their children’s total screen time per day.  On average, three-year-old children accumulated 1.5 hours of screen time per day. That figure exceeds the Canadian Pediatrics’ recommendation of 1 hour per day for preschool children ages two to five.  According to Mandhane’s findings, 42 per cent of three-year-olds and 13 per cent of five-year-olds surpassed the recommended exposure time.

To assess the association between screen time and behavioural problems, parents of five-years-olds completed the Child Behaviour Checklist (CBCL), a screening measure for a variety of problems such as anxiety and depression, emotional reactivity, inattention, aggressiveness, and sleep disturbances.  Results showed that there was a connection between behavioural problems and screen time for children who were exposed to more than two hours per day. Conversely, children exposed to less screen time did not show this connection.  Clinically significant behavioural problems such as inattention, acting out, hyperactivity and being oppositional were five times more likely in children exposed to excessive screen time, while some children were seven times more likely to meet the criteria for attention deficit hyperactivity disorder.

“The two big takeaways from this study are that children exposed to more screen time, at either age three or five years, showed significantly greater behavioural and attention problems at age five, and that this association was greater than any other risk factor we assessed, including sleep, parenting stress, and socioeconomic factors,” added the study’s first author Sukhpreet Tamana, a postdoctoral fellow in the Department of Pediatrics at the University of Alberta.

“We recognize that there are limitations to our research,” said Mandhane. “Content is not assessed for one. We are building a body of research that can be used to inform future studies.”

Their study did not differentiate if the screen content was a videogame, a cartoon, a video call with a family member or a documentary.  Mandhane went on to explain that behaviour needs to be assessed within the context of the environment it is observed. Where screentime is being consumed, whether a parent is watching (and interpreting) with a child, and what is being watched are all important factors to consider.

“Screen time is such new behaviour for people not enough time has passed to truly assess its consequences,” explained Dr. Mandhane, “The truth is our findings may be relevant now but as screen integration changes so will the assessments of how much is too much.”

Mark Griffiths, a Professor of Behavioral Addiction at Nottingham Trent University, has investigated the association between screen content and addiction.  Griffiths proposes that the amount of time children spend looking at screens is less important than the content and context of screen use. His research is focused on behavioural addiction notably on gambling and videogames. The argument he proposes is that an activity cannot be described as an addiction if there are few negative consequences in a child’s life.

While parents are rightfully terrified at the idea of fostering addictive tendencies in their children, Griffith often asks parents to consider if the child’s screen behaviour is impacting their physical or social development.  Having studied videogame addiction behaviour extensively for children and adults, Griffith has found that moderate screen use should not be confused with addiction. Participation in excessive screen time can fuel addictive behaviour but it is not equal in all individuals.  Some people are just more prone to addictive behaviour. While little or moderate participation can actually be beneficial.

“There’s now much research showing video games can be put to educational and therapeutic uses, as well as showing how gaming can improve reaction times and hand-eye coordination,” said Griffiths.” Their interactivity allows individuals to experience novelty, curiosity and challenges that stimulate learning.”

The education and therapeutic benefits Griffith refer to are related to children’s ability to develop problem-solving skills and build resilience. Screen activities that allow children to fail, such as videogames, can actually teach them to better deal with failure, which in turn builds emotional resilience. Some of these activities can even improve a child’s mood, promote relaxation and ward off anxiety.

Then there is also the advantage of changing the mode of learning to make the content stick better. This tactic is often deployed by parents when they rotate toys in and out of the toy box or combine the toys in novel ways to capture their child’s interest.  The American Psychology Association has reported that documentaries or children’s educational programming often provide novelty to concepts that have been previously introduced and engages the audience to apply their skills in new ways. For example, the child might learn about countries on a map, and then again through a song, with the result being better information retention.

Obviously not everything on the screen is valuable, but children who watch age-appropriate educational TV programs often do better on tests of school readiness, explains Heather Kirkorian, Associate Professor; Early Childhood Development; University of Wisconsin-Madison.  Kirkorian studies the impact of screen media on attention, learning, and play in infants and young children.

“Children will learn from what they watch, whether that means learning letters and numbers, slapstick humour or aggressive behaviour,” said Kirkorian, “The best research suggests that the content children view is the best predictor of cognitive effects.”

Kirkorian explained that age is also a consideration.  By three years of age, children can learn all sorts of things from television; however, television does not work so well before the third birthday. Young children may not have the skills to critically evaluate but they can learn.  This speaks to the importance of parents’ involvement in children’s screentime use rather than passively placing them in front of a television for a quiet hour.

Conversely, children younger than three do not yet have the ability to distinguish between the real world and what they see on the screen. Hence why baby reaches out touch the screen when grandma is on a video call. The goal for Kirkorian is to develop tablet and smartphone tools that take advantage of the young children’s urge to touch. Preschool children thrive when they interact with their world, particularly cause and effect interactions with people and objects around them. The objective is to use tools that were developed with learning in mind. Kirkorian wants a Sesame Street that is interactive, developed with the input of teachers, artists, parents, producers, musicians and researchers.

While blocks and books are time-honoured learning tools, in today’s world they inevitably exist alongside screentime. As my daughter watches tonight’s edition of bedtime stories via youtube I am reminded about the value of the content as much as the delivery method. While excessive screentime is not ideal for such a young infant, on the balance of probabilities, a short educational video at bedtime seems like a harmless indulgence. Just in case, though, I grab my own iPad, jump onto Amazon, and order a hard copy of the Very Hungry Caterpillar book. According to the receipt, it should be arriving later this week. 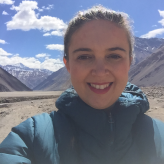