Austin-bred Alejandro Rose-Garcia, aka Shakey Graves, is so beloved in his hometown that they’ve honoured him with his very own day, at a time of year (February) perhaps better associated with frigid, cabin-fevered doldrums than the electric fire of a Shakey Graves show. In the midst of our midsummer heatwave, enthusiasm for Shakey’s particular brand of Americana sold out the first night of two at the Commodore Ballroom.

The Juno-nominated NQ Arbuckle started the evening. The Toronto stalwarts play alt-country filtered through the self-deprecating salt and swagger of the Maritimes. It’s familiar music, a particular brand of eastern “Canadiana”: life-affirming small-town lyricism, prosaic in its focus and sharply ironic in its viewpoint, all sung through the sweet and rolling refrains of faintly-Celtic folk balladeering. The band’s easy rapport with the crowd was evident from the beginning. Like a practiced pickup artist, frontman Neville Quinlan (aka NQ) fed the Vancouver audience what they wanted to hear: praise for a halcyon place “where it never rains” and where “the flowers pick themselves,” before launching into a song about the craziest girl he ever met. With “Don’t Remember Me”, the group showed off the their rollicking brand of wry, joyous pub music that’s meant to be sung in tandem with fellow drunkards while reminiscing about one-building towns in Alberta, dead cats, distant wives, and a lonely Serena Ryder eating hotdogs in Toronto. Throughout the show, the clapping was enthusiastic, if scattered. After a solid thirty-or-so minutes, with the requisite nods to Shakey, the venue, and the crowd, NQ Arbuckle departed to the sound of genuine applause.

The crowd was, put simply, stoked for Shakey Graves. Girls in black wool hats excitedly tottered around on ankle boots while clutching beer, and Shakey clones in plain white t-shirts and rolled jeans pushed their way to the front. He finally appeared, alone and gracious, noted that the crowd was “already sweet,” and launched into a decidedly raucous version of “The Donor Blues”.

What was most immediate about Shakey Graves live was that his music took on an incandescent, raw energy that is generally missing from his recordings. He was loud. His guitar playing was layered, filling the venue in a way even the five-piece of NQ Arbuckle could not. His suitcase drumbeats resonated through the floor. He is one of those artists, like recent touring partners Shovels & Rope, who explodes live. Far from the measured, delicate hand-claps and sweet finger-picking heard on record, his songs took on a life like rumbling cowpunk buffaloes. As the crowd stomped along with “Word of Mouth” and the spooky, discordant “Roll the Bones”, it was clear that Vancouver was in love with Shakey Graves.

He was chatty and candid, both between songs and during the actual singing. He mentioned, with some pride, that the crowd’s vocal enthusiasm rivaled that of the One Direction fans he recently encountered outside of his hotel room. Before the wistful “Tomorrow”, he remarked that “shitty sixteen-year-old me wrote a song about shitty twenty-five-year-old me,” weaving his story in between the lyrics and music, offering a kind of “director’s cut” version of the studio track. During “Proper Fence”, backed by his two band mates (including drummer Chris Boosahda), the show turned into a playful call-and-response spectacle with Shakey deliberately throwing off the audience with vocal tricks. He expertly mixed quiet and loud, soft and crunchy, and sad and joyful in the songs and exchanges.

Another highlight was the eerie twang of “Where a Boy Once Stood”, with its long instrumental intro sounding like the Ventures fed through an amphetamine-laden Tennessee Three. Like that old country trope of the freight train comin’, the song rumbled on a straight track to Americana ecstasy. Later, leading from the fragile “Once in a While” came arguably the most marked contrast between radio and stage: Peak favourite “Dearly Departed”, which sounded raspy and textured and perfect live, even without Esme Patterson to fill in the vocal gaps. At Shakey’s behest, the crowd sang her parts really loudly and maybe even a little in tune. He left the stage triumphant and smiling. Vancouver knew only that they wanted, needed, more Shakey.

He returned solo for the encore with the soft, folksy finger-picking of “Hard Wired” and announced a “mystery cover” which the crowd was supposed to guess. His smile bested his mournful demeanour when he got to the giveaway line: “As long as you love me, baby.” That his cover of the Backstreet Boys made corporate muzak authentic and interesting, not to mention almost entirely unfamiliar, was a testament to his genius. The night ended with a rousing version of “Late July”, full of flourishes and trick-starts and Boo’s heavy drumming, like jungle toms as played by Genesis, and generous hand-claps and foot-stomps from artist and spectators alike. The crowd went home on a high – sweaty, exhilarated, and dazed. Shakey Graves just might be one of the best they ever had. 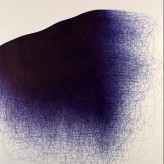