As awesome as Vancouver is, there are still two major complaints about our city we can’t refute: It rains an awful lot, and the dating scene sucks. But why is dating so difficult in Vancouver? In 2011, The Vancouver Foundation undertook a survey of 3,841 people across metro Vancouver, ultimately discovering that Vancouverites are becoming increasingly disconnected from the community. In short, Vancouver can be a pretty lonely place to live.

Further studies have proven that women have a hard time dating in Vancouver, and men find it difficult to meet women here as well. Both men and women lament that we lack a dating culture. In late 2012, Denise Ryan of the Vancouver Sun decided to study Vancouver’s dating culture and its shortcomings. She confirmed that Vancouver is definitely a city where meeting people is difficult, and she pointed out that we’re missing the necessary initiatives that would need to be taken to score a date. We’re missing “the appreciative or inviting smiles, casual conversations struck up on street corners, in bars, restaurants, grocery lineups …”

Fast forward three years and all of these problems still exist, but the dating app Happn is looking to solve several of these issues. It uses real-time technology and hyper-location to tell you who you’ve crossed paths with in real life, and then makes that crucial first move for you. This also solves the problem of missed connections. Happn already boast nearly 10 million users in more than 30 cities, and they recently launched in Vancouver – a city that really needs help connecting with others.

One of the interviewees for Denise Ryan’s article about dating in Vancouver was 47 year old Vancouverite Derkson, who stated that even if a woman smiles at a man on the street, he won’t smile back. 34 year old Vancouverite Rachel Fox agreed and told Ryan, “people here are inhibited.” Vancouverites often complain about missed connections caused mostly by inhibition, passivity and a sense of disconnect. We may see someone we’re interested in, but nobody takes initiative to introduce themselves – which is why we often rely on dating apps to meet people instead. That’s why if you’re single in Vancouver, you may want to download Happn since it introduces you to someone you might have missed out on meeting due to inhibition. Here are 5 more reasons why Happn could be the solution to our city’s disconnect: 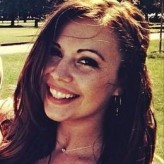