To make music as “exuberant and dynamic” as they can. That’s what The Cat Empire is all about.

When they started out in the music halls of Melbourne, Australia, what feels like a life-time ago, they were totally live. While they now have a discography ranging 16 years and eight studio albums, their last three albums have purposely returned to their crowd-focused roots.

There’s not a song on the album that’s not made to dance to. From the summer-invoking sounds of “Oscar Wilde,” the Latin vibes of “Sola,” to the slow-bumping ska vibes of “Barricades 360.”

Long-time fans will recognize the melting pot of influences that is quintessentially Cat Empire, mixing ska and jazz, Latin and funk, party music and thoughtful wordplay.

New fans will likely fall in love with the bright sounds from the Empire Horns – the group’s accompanying band – the snapping tempo of the drums, the sweet raucous melodies that make you want to dance with everybody in the room and sing back at the stage.

“The song had been kicking around in my head for a while,” said Riebl. “I played it to Eloise on the guitar and within an hour and a half she’d written the lyrics.”

Even though she never expected to sing it herself on the album, as it turned out the band had long been searching for that francophonized female voice, and Mignon fit the bill perfectly.

It’s an album where everything comes together.

“Some albums we made at wearier times in our life,” said Riebl. “We’ve gone through periods of being disillusioned, then coming back together.”

In the end, it’s the energy of their audiences that have kept them going, and it’s made them even more committed musically.

This renewed focus plays throughout their last few productions, and even though the band still doesn’t shy away from having a social message in their songs – they’ve long advocated for climate change awareness and now more prominently for Indigenous and immigrant rights.

According to Riebl, the Cat Empire is about bringing people together, and the band wants to have “an inexclusive guest list.”

“Stolen Diamonds is not overtly political … You’ve got to be careful. It’s easy to fall in the area where you’re not being genuine. Art and music come first.”

Hopefully, the Vancouver crowds will be ready to match that energy when The Cat Empire pass through town. Currently touring Canada, they are set to play at the Commodore Ballroom on March 17 and 18. 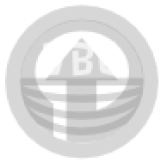