Twenty years after it first made its way on the big screen, Shakespeare in Love is playing at “Bard on the Beach.” Like the film, it will probably steal some hearts, too.

The summer festival’s lone play not from Shakespeare’s canon is instead about him, or at least a fictional rendering of him. Indeed, most of what’s known about the playwright is based in speculation and extrapolation, including when he was born and how he died. No one is certain what the playwright looked like, either: all portraits of the man were done posthumously. There’s even doubt as to whether he really did author all the work attributed to him.

Such mystery allowed screenwriter Tom Stoppard a good deal of freedom in crafting a William Shakespeare before the success. We first meet the man, who will later be known for his prolific canon of plays and poetry, facing a bout of extreme writer’s block.

Hopefully the irony isn’t lost. A good deal of the play relies upon such ironic humour, as well as obvious allusions to the Bard’s most famous works that even the most casual consumer of Shakespeare can appreciate.

As Will (Charlie Gallant) flounders with his unfortunately-titled “Romeo and Ethel the Pirate’s Daughter,” we meet Viola de Lesseps (Ghazal Azarbad), a daughter of a wealthy family. While her parents dream of marrying her off to nobility, she dreams of love and adventure. She gets one last shot of happiness when she hears about the auditions for Shakespeare’s forthcoming play. Aided by her nurse, she disguises herself as a man, performs a couple of lines, and impresses the Bard himself with her honest delivery.

What happens next should come as no surprise. This isn’t Shakespeare Commits Tax Fraud, after all.

Fans of the movie will be glad to hear that not much has changed on its way from screen to stage. The stage adaptation by Lee Hall (of Billy Elliott and Rocketman fame) retains 90 per cent of the original material.

The leads play off one another beautifully. Azarbad’s Viola is strong-minded and romantic, with both a gracefulness that serves her well while pretending to be a man and physical comedy chops that never seem out of character.

Gallant’s Shakespeare, meanwhile, has a restless energy — squirming with desperation in one moment, besotted and inspired the next. With his long hair and mustachioed visage, he fits the bill for a younger, swoon-inducing Will.

Other stand-outs among the cast include Jennifer Lines as a fierce (if rather eccentric) Queen Elizabeth, Andrew McNee’s larger-than-life Burbage, and Anton Lipovetsky as a preening, decidedly unromantic Lord Wessex. Kit Marlowe (Austin Eckert) also has more of a role here than in the film, often serving as Will’s wingman and, in at least one instance, ghost writer.

The character that consistently stole the show, though, was a dog. In each of its quick appearances on opening night, the well-trained pup never failed to earn cheers from the audience.

At its weakest, the cheesiness of it all can be a little too much, and the humour doesn’t land. But at its best, Shakespeare in Love delivers both cause for genuine laughter and truly touching moments.

“That’s what people want: love and a bit with a dog,” Queen Elizabeth advises Will in the play. On both accounts, Shakespeare in Love succeeded in giving the people what they wanted. 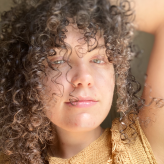